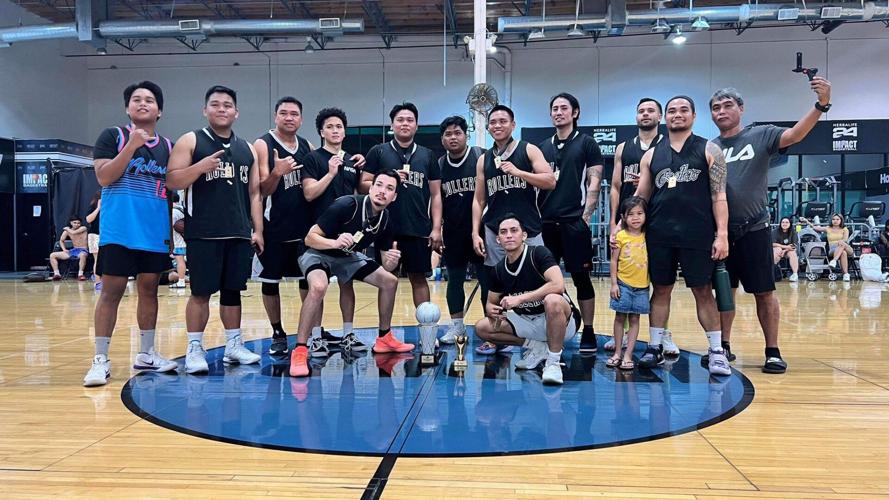 Team Rollers pose for a photo after winning the championship of the 2022 Las Vegas Fil-AM International Basketball League in Nevada over the weekend. 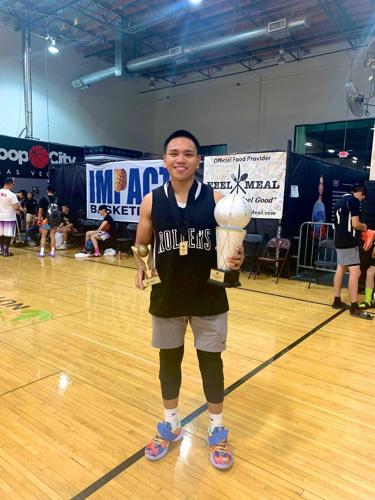 Team Rollers pose for a photo after winning the championship of the 2022 Las Vegas Fil-AM International Basketball League in Nevada over the weekend.

Prince Factor said their team held a record of seven wins and three losses in the preliminaries and had  to go through nail-biting semifinal and final matches to clinch the title.

“Our team relied heavily  on defense to create stops for easy get-away baskets,” he said.

“Our main defense was 3-2 which helped us suffocate the opposing team’s marksmanship from beyond the arc,” he added.

In the last few seconds of the championship game against Awit Lods, the Rollers were up by two points, 42-40, with Awit Lods  in possession of the ball.

But the Rollers’ John Kintz reacted quickly, denying the game-winning shot, and then forcing Awit Lods to foul to stop the clock. The Rollers’ June Alipio then connected the two free-throws to secure the win, 44-40.

Alipio, who scored 14 points, was named the Most Valuable Player of the tournament.

In the 2022 Arizona Asian Pacific Islander Basketball Tournament held earlier, the Rollers did not make it to the finals.

“It was really difficult after losing our first tournament together,” Prince Factor said. “We formed a team with longtime teammates who we haven’t played with for years. The last minute chemistry gave us the disadvantage. But by time we played in Vegas, we’ve already competed in three other leagues so we’re pretty much jelled.”

When asked if the players planned to create a Rollers team in the U.S., Prince Factor said, “It was all unexpected. Pretty much luck that most of the boys are here. There’s probably even more that we don't know about.”

With the news of the recent passing of Coach Joe Diaz’s father, the team thought it was only right to dedicate their win to their coach’s dad.