Skip to main content
You are the owner of this article.
Edit Article Add New Article
You have permission to edit this article.
Edit
Variety
Home
News
Views
Sports
Business
Special Sections
Obits
Buy & Sell
1 of 3

Guam Army National Guard members pose for a photo with the six participating teams of the MIBL Fantasy Draft basketball tournament Friday at the ACS gym. 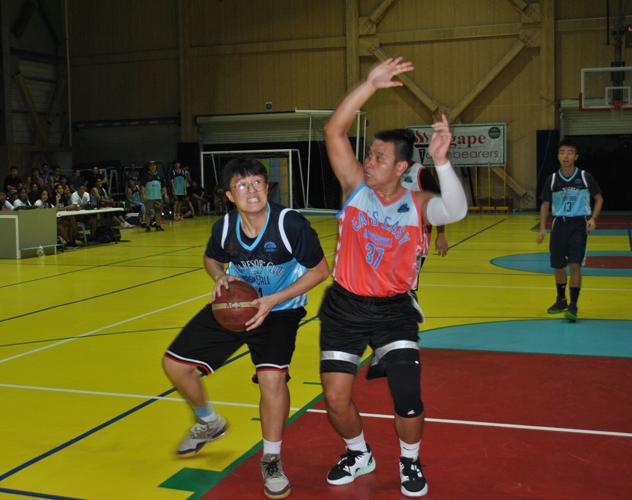 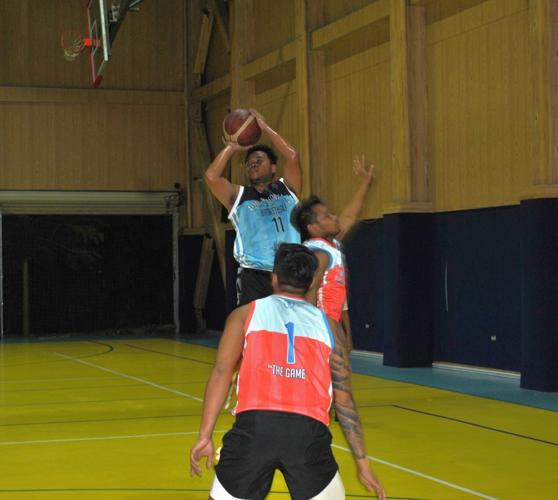 Aqua's Jack Aranda takes the three-point over a defender during an MIBL Fantasy Draft game Friday at the ACS gym.

Guam Army National Guard members pose for a photo with the six participating teams of the MIBL Fantasy Draft basketball tournament Friday at the ACS gym.

Aqua's Jack Aranda takes the three-point over a defender during an MIBL Fantasy Draft game Friday at the ACS gym.

Eats Easy were in control throughout most of the game, but Aqua Resort staged a blistering rally in the fourth quarter.

The opening quarter showcased Eats Easy’s wide range of offensive options. Jaymark De Guzman orchestrated the run with his ability to finish at the rim along with a decent shot from beyond the arc to deliver seven points while team mates Joseph Sablan and Arfin Chua contributed three points each.

In the second half, however, Aqua Resort failed to find their rhythm with only Sablan able to penetrate through the inside to draw the fouls, score from the charity line and deliver  seven points.

Eats Easy, for their part, continued to thrive with teamwork and consistency to extend their lead by halftime, 45-35.

In the third canto, De Guzman fired up with eight points while Eats Easy’s bench contributed buckets as well.

Aqua’s Aranda responded with an array of offensive takes that included two triples and two layups while team mate Caleb Cui delivered six points, but Eats Easy were still ahead, 66-58.

Undeterred, Aranda continued his scoring spree in the final quarter with five three-pointers while team mates Sablan and Palacios added two triples each to tie the game, 91-91, and force an overtime.

Both teams fought hard during the extra period with Aqua excelling in ball movement to create shot opportunities. However, De Guzman scored eight points and his clutch performance allowed Eats Easy to clinch the win by a point,  105-104.

Before the opening games were played, the Guam Army National Guard donated a total of six balls — one ball for each team — and water bottles.

The donations were presented by  SSG Peter Alvarez who was with three recruiters and four Saipan individuals who have just joined the Guam Army National Guard.

Do you think the winning candidates can fulfill their election promises?

A Season Of Thanks