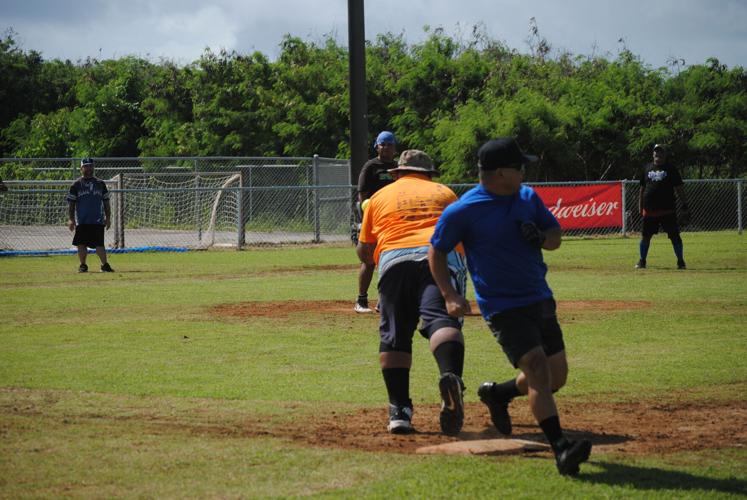 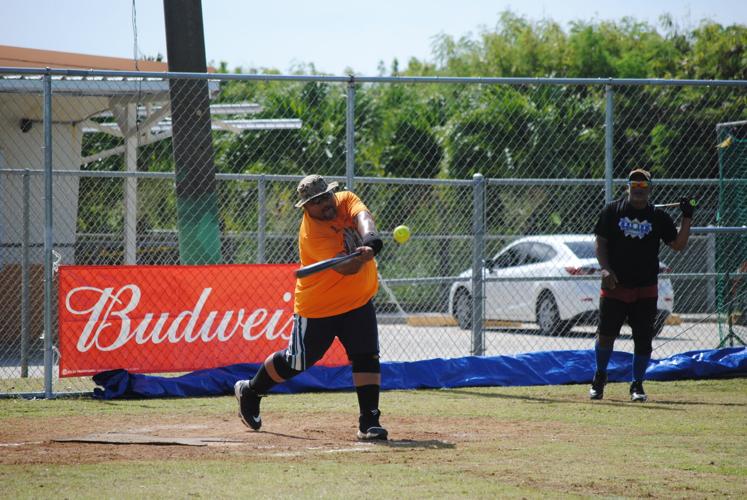 Both teams started off strong with each scoring a run in the opening inning for a 1-1 deadlock.

Peleliu quickly turned the tide in the top of the second inning with a three-run homer by Ben Hocog for a 4-1 lead.

After a scoreless third inning, Peleliu added three more runs in the fourth led by Hocog Bo Villgomez and John who  earned an RBI each.

High Voltage fought back but could only notch one run in the bottom of the fourth to remain behind, 2-7.

In the fifth and sixth innings, High Voltage failed to score while Peleliu racked up eight more runs to end the game, 15-2.

The Queens of Diamonds earned a blowout victory against the Lady Eagles, 21-8.

The Queens found their rhythm early as they took advantage of the Lady Eagles’ errors, scoring three runs in the first inning. The Queens’ lead only grew larger as five more runs were made in the top of the second thanks to Kiana Aldan’s 3-run homer.

Down 0-8, the Lady Eagles finally broke the silence with four runs, but the Queens also bagged four runs  in the top of the third to remain afloat.

The Lady Eagles held their own defensively, allowing no runs in the fourth and fifth innings while sneaking in one to cut the lead, 5-12.

But in the top of the sixth, the Queens relit the fire with three runs followed by six more in the seventh while the Lady Eagles could only add three runs and had to settle for defeat, 8-21.